Does your to-do list stretch endlessly in front of you? But are there things on it you shouldn't be doing? 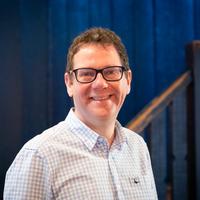 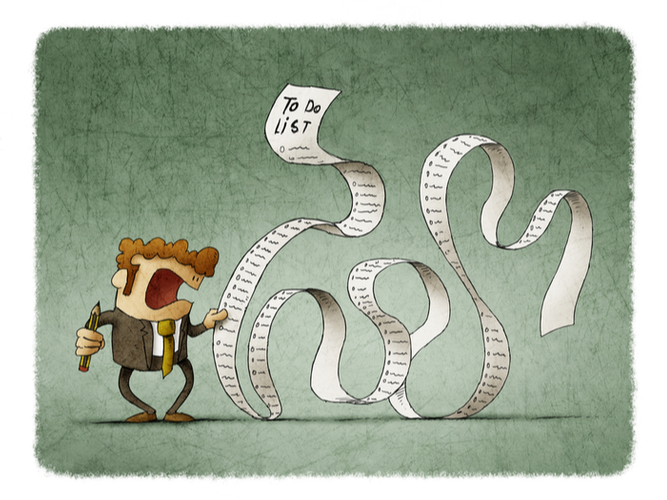 WE have all been there. You began the day with a dozen things on the to-do list and a promise to yourself now that there won’t be 12 items on it by the close of play.

It is now mid-afternoon and you’ve kept your word… there are now 14 things on your list.

Every working day brings fresh challenges and even the most organised person can be side-swiped by an unexpected email or phone call that adds more to your workload.

But there are strategies you can employ to make the most of your working day and leave you able to negotiate such bumps in the road.

Here are ten tips to make you more productive.

You are not a multi-tasker – no really, you aren’t

This isn’t a gender thing, it’s just common sense. If you have a long list of things to accomplish, work through them methodically, don’t flit butterfly-like from one to another because you are bored or frustrated. Go through your to-do list and rank them in order of realistic achievability, then start at the top. Apply your mind and, as a certain tousle-haired prime minister might repeat ad nauseum, and get it done.

Were you ever faced with a Sunday roast among which lurked your least favourite vegetable? Did you bolt it down as fast as, er, Usain Bolt so that it was out of the way and you could enjoy the rest of it? Among your list of things to do on any given day will be an unpalatable task you might be tempted to leave until later. But all the while it’s there on your list it will impede your ability to think clearly about the other jobs you need to complete. Just swallow that sprout – and free your mind from the tyranny of its slimy green embrace.

It’s so tempting to get drawn into other people’s work issues, even if you work alone. They want you to go to meetings, read long emails or reports, chat on the phone. Be selfish, be single-minded, put your productivity first. You can do this without being combative or offensive, just explain you are up against a deadline or ask if you can call back. Inevitably whatever issue you were being asked to add your tuppence worth to will have been resolved be then. As for meetings, there are two crucial questions: Do I need to be there and what difference will it make if I’m not?

Your entire life may be in your phone but so are a myriad of distractions that will interfere with your work flow. While it may be tempting to react to that email telling you someone’s been looking at your LinkedIn profile or check football transfer gossip it isn’t going to get you through that list. And yes you are just looking at the work-related Twitter alert but then there’s that cat video beneath it, and a recipe you’ll want to share and then a thread about people being stuck in lavatories and before you know it 25 minutes have gone by. Instead, give yourself 30 minutes break to go down those rabbit holes… but only after a set number of tasks are ticked off.

Get up, stand up

The longer you are hunched over a keyboard or your desk, the more tense your shoulders and neck become, blood flow slows and your brain becomes slack. Just getting up for a drink, using the loo, walking around your desk once every 45 minutes stimulates your breathing, allows those muscles to stretch and dissipate tension. No one’s saying you’ll come back to the desk bouncing like Anthony Joshua but you’ll feel more invigorated.

Shut out the world

If you are co-working or in an office no matter how lovely the people around you are, there will be conversation, crisp munching, phone calls, keyboard tapping and general hubbub. At certain times of the day when you really need to focus try wearing headphones. You don’t even have to play music, just shutting the world out will allow your mind to stay sharp and on the case. If you do want music, studies show instrumentals are more effective. No one is saying you have to be an anti-social hermit all day, but when you need those wits ultra-sharp a little oasis of calming sound can help.

No one can function like a pit pony trapped within the same walls all day long. Studies by mental health charity MIND have shown that fresh air, a change of scenery and exercise can beat stress, boost wellbeing and restore energy. A study by UCLA also showed exercise stimulates brain plasticity by stimulating new connections between cells in the bits of the brain that do all the thinking and planning. It doesn’t have to be a five mile route march, just popping down to the shops or around the block works wonders

Be a desk Womble

The saying tidy desk, tidy mind isn’t just some quaint homily from the days of typewriters and adding machines. Research shows that a clear space leads to clearer thinking. Regular culls of old papers, brochures, twisted paperclips, plastic coffee stirrers and 20p pieces will make you feel better about where you sit and work. Disinfecting your keyboard and sweeping away old crumbs can actually prevent germs spreading too. Your desk doesn’t have to resemble an operating theatre, just creating an ordered environment is incredibly cathartic and you will be able to lay your hands on things more quickly.

Late nights and poor sleep don’t make for productive days. Margaret Thatcher may have got by on four hours but she wasn’t half irritable with it. A decent night’s sleep – most people need between eight and nine hours but some require up to ten –  leaves you refreshed, stimulates brain growth and the facility to work around problems. Studies also show that reading for 15 minutes in the morning gets your brain active and provides inspiration. Waking up early is a habit that allows time to get organised and allows you to feel in charge of your day from the first minute. No one ever had a productive day after charging out of the house eating a half-buttered slice of toast and chasing the bus.

Compile a list of all the things you do, or other people do, that get in the way of getting your work done and systematically eliminate them. It might even be things on your to-do list that don’t actually need to be there. Can they be delegated? Is doing them time well spent? If by being more analytical about work obstacles you create an extra half hour a day that’s almost half a working day saved.

Not all of these tips will be appropriate to everyone but there are almost certainly at least five that will contribute to making your day go better, your work flow faster and your life a little less stressed.