A column about deadlines, written for Wiltshire Business magazine 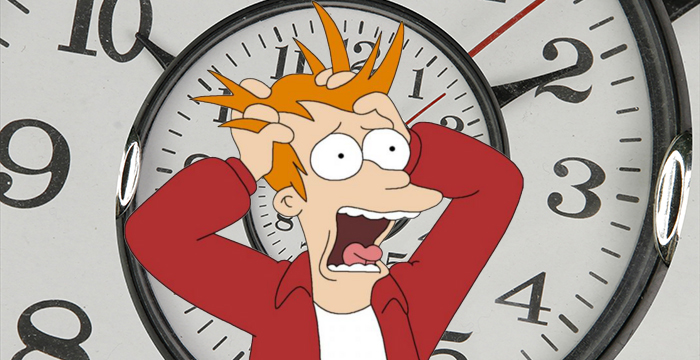 I’D like to talk about deadlines. Partly because they’ve been a feature of most of my working life but also because this column is some eight days past its write-by date.
Obviously this is reprehensible and I’d like to apologise to everyone, especially the editor who has shown the patience of Job. But I do have a good excuse. No, I really do.
A recent survey for a courier company found that 61 per cent of workers miss deadlines by an average of two days.
But 24 per cent regularly miss them by at least a week. This bears out my theory that expecting some people to hit a deadline is a bit like expecting your cat to do the dusting. It’s just not going to happen.
These are the people you give the early deadline to. You tell them the piece of work you want is due in a week before you need it, with the expectation they will be a few days late.
Unfortunately the kind of people who treat deadlines as a mere suggestion of when you might like the work to arrive, are also the type who know full well what they are like.
They also know that you know that too and are therefore aware that any deadline you give them is a week earlier than the real one.
Consequently they’ll turn the work in punctually. By which I mean exactly a week later than asked for.
You’d think the trick then is to give them a two week deadline so they deliver precisely when you need it.
But telling these people they have two weeks is like a scientist telling us the world will end in 50 million years – it sounds serious but hey, there’s plenty of time to worry about it later.
The survey I mentioned above found the most common excuse for deadline tardiness is to pretend the miscreant was unaware of when their work was due.
The second most common excuse is to pretend it was sent but ‘it must have gone astray’.
One respondent admitted to making up a family bereavement to avoid being held to account while another pretended their phone had been accidentally cut off - literally using a dead line to avoid a deadline.
The most fantastical excuse I personally have witnessed came at school when a boy claimed his history project about the Great Fire of London had in fact been destroyed by fire.
After the accused was paraded before the head of year by an irate teacher it was actually confirmed the pupil’s house had actually been severely damaged in a fire.
Whether he really had lost his project to the flames or fanned them himself to avoid detection, no one ever found out.
Almost as annoying as the person who plays fast and loose with deadlines are those deadline setters who fail to stick to them either.
I have lost count of the times I’ve stayed up late to finish something that was needed for the next day, only to find the recipient was either away or, when handed the work, looked at me with all the remote blankness of someone who has no memory of setting it.
Deadlines should work both ways and someone who fails to stick to their end of the bargain after agreeing a deadline has no right to expect them to be met in the future.